That the 6th annual Festival from Terracotta is announced fully, line-up inclusive.  This news comes further to our recent announcement of their Short Film Competition.

Yes, an ever increasing – in size, and countries of those films being shown – festival comes at us only once a year. If you browse through the titles on offer this year, and their country of production you’ll soon see what we mean!

One thing to add though is that although this indeed is the official line-up for this exciting Terracotta Far East Film Festival there may still be information added and/or special guest events displayed at a later date.

On the latter, I particularly look forward to the actor / director masterclasses which are held each year. These are not only normally very insightful into the world of these Asian films but also allow you, or us to get up close and personal a little with those individuals. And if you’re really lucky you can great a quick chat with them, ask for an autograph or mingle with them at the Terracotta party/ies!

The sixth Terracotta Far East Film Festival (TFEFF) will be held in two central London venues over ten days from Friday 23 May to Sunday 1 June, showing 23 films including International and European premieres.

The festival is one of the UK’s biggest showcases for contemporary Asian cinema, boasting an electrifying mix of movies from emerging and established artists across a range of genres. The 2014 edition will open on Friday 23 May with the UK premiere of ON THE JOB, the latest ground-breaking work from Erik Matti which premiered at Cannes Film Festival 2013 in the ‘Directors’ Fortnight’. The closing film of the festival, screened on Sunday 1 June, will be the International premiere of JUDGE! with special guest appearance from director Akira Nagai.

This year, the festival will kick off with the ‘SPOTLIGHT ON’ section at the Institute of Contemporary Arts (ICA) between Friday 23 and Tuesday 27 May. This section will focus on the Philippines where a new generation of independent film-makers are producing fresh and increasingly critically acclaimed content. TFEFF selection will reflect entertaining and accessible output from the indie and commercial sectors.

Among the highlights, acclaimed director Erik Matti will visit London to attend the opening ceremony of the ‘SPOTLIGHT ON: PHILIPPINES’ section with his film ON THE JOB.

A double bill will also be dedicated to award-winning Filipino actor Felix Roco. He will present the European premiere of A THIEF, A KID AND A KILLER with director Nathan Adolfson and SHIFT, in which Roco plays a gay man attracting the affections of his female colleague.

The festival is also delighted to launch local dark comedy TUHOG on the international festival circuit. In addition, there will be a special screening of the latest experimental film by Raya Martin (HOW TO DISAPPEAR COMPLETELY) and a six-years-in-the-making documentary about about Filipino midget James Bond ‘Weng Weng’ (THE SEARCH FOR WENG WENG).

The festival will then relocate to Prince Charles Cinema in the heart of Chinatown from Wednesday 28 May until Sunday 1 June for two more sections: Current Asian Cinema and Terror Cotta Horror All-Nighter.

The fast-becoming-cult Terror Cotta Horror All-Nighter will serve up a marathon of ghosts, zombies, demons and cold-blooded killers. The horror section will showcase the diversity and ingenuity of horror from the Far East. Featuring Takashi Miike, Erik Matti, the Mo brother’s KILLERS, produced by Gareth Evans (THE RAID), and with the European premiere of Malaysian Joon Han YEO’s latest scare IN THE DARK.

As always, the festival will feature a rich programme of events, including parties, guest Q&As, free filmmaker masterclasses and the festival hub, located in the heart of Chinatown at Opium Cocktail and Dim Sum Parlour.

Another cultural event will focus on a largely forgotten era of so-called “Hollywood in Taiwan” during the 1950s and 1960s. To coincide with the screening of FOREVER LOVE, TFEFF has sourced the theatrical posters from some of these films that inspired the movie and will be exhibiting them for the duration of the festival.

Festival director, Joey Leung says: “I am extremely happy to be announcing such a strong line-up of films for the 6th annual Terracotta Festival. Our festival team have worked tirelessly over the last few months to bring yet another great event where film lovers can see quality Asian cinema on the big screen (the majority of which are premieres), enjoy talent masterclasses, and mingle with actors and directors at our parties. We are also delighted to be back at the ICA and Prince Charles Cinema – both fantastic venues in the heart of London that have such a rich film heritage.”

Tickets are now on sale for the sixth edition of the annual Terracotta Far East Film Festival.

KLM are the Official Airline Partner for the fourth year, while What is Bobo are Official Design sponsors of the Terracotta Film Festival, also for the fourth consecutive year, creating the festival branding, on-screen identity and all of its promotional material.

SPOTLIGHT ON: THE PHILIPPINES

Erik Matti: Director
ON THE JOB/TIK TIK: THE ASWANG CHRONICLES
Filmmaker and founder of production company Reality Entertainment. TIK TIK: THE ASWANG CHRONICLES (2012) debuted at number two on the Philippine box office, grossing P10.8m on its first day and showing in 105 theatres. Critically acclaimed ON THE JOB (2013) had its World Premiere in the Cannes 2013 Director’s Fortnight; a US remake in currently under pre-production. 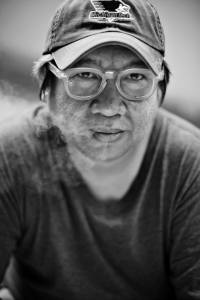 Felix Roco: Actor
SHIFT/ A THIEF, A KID AND A KILLER.
Award-winning Filipino actor and the son of local cinema legend Bembol Roco. He has a large film and television career and already a strong mark on the international scene with his performance in the Venice Film Festival double-awardee ENGKWENTRO. 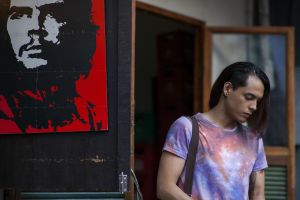 Nathan Adolfson: Writer/Director
A THIEF, A KID AND A KILLER
Graduated with an MFA in film directing in 2008, prior to which he won multiple UCLA Spotlight Awards. A desire to explore growing Asian markets prompted Nathan to work with Korean, Japanese, and Filipino partners on a series of critically-acclaimed features. His follow-up to A THIEF, A KID & A KILLER (2013) is already in pre-production in the Philippines. 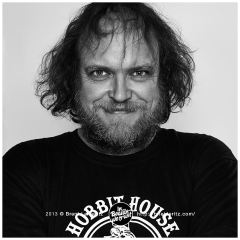 Akira NAGAI: Director
JUDGE!
Joined a Tokyo-based advertising and promotion company after graduating from Musashino Art University, where he worked on multiple high-profile campaigns. Won the prestigious directorial award at the ACC CM Festival for two consecutive years, in 2012 and 2013. JUDGE! (2013), which draws upon his significant experience in the advertising industry, is his debut full-length feature.

For more information, visit the festival’s website at: http://www.terracottafestival.com

Trailers for the festival at: http://www.youtube.com/user/TerracottaVideo

Committed to bringing quality and entertaining Far East films to the UK.

Terracotta Far East Film Festival (TFEFF14) is the biggest event for Asian cinema in London. The 6th edition will run from Friday 23 May to Sunday 1 June, with an outstanding line-up of Asian movies from emerging and established artists, across a range of genres. The festival kicks off with SPOTLIGHT ON: THE PHILIPPINES at the Institute of Contemporary Arts, 23 – 27 May, then relocates to the Prince Charles Cinema from 28 May – 1 June for the CURRENT ASIAN CINEMA strand. Other festival events include the TERROR COTTA HORROR ALL-NIGHTER on Saturday 31 May, the TERRACOTTA SHORT FILM COMPETITION, an exciting panel of top Asian actors and directors, Q&As, masterclasses and our infamous Terracotta parties.

The ICA supports radical art and culture. Through a vibrant programme of exhibitions, films, events, talks and debates, the ICA challenges perceived notions and stimulates debate, experimentation, creativity and exchange with visitors. Founded in 1946 by a group of artists including Roland Penrose, Peter Watson and Herbert Read, the ICA continues to support living artists in showing and exploring their work, often as it emerges and before others. The inaugural ICA / LUX Biennial of Moving Images was launched in 2012, and the ICA Cinema continues to screen rare artists’ film, support independent releases and partner with leading film festivals. The ICA welcomes over 400,000 visitors a year to its building on The Mall in the heart of London. The Director of the ICA is writer and curator Gregor Muir, author of Lucky Kunst.

About What is Bobo

As a creative design agency based at the renowned Ealing Film Studios in West London, What is Bobo work primarily within the UK Entertainment industry creating original film posters, theatrical and home entertainment campaigns, DVD & Blu Ray sleeves, brochures, and online advertising. Their work has recently been seen in the theatrical campaigns for The Paperboy (Lionsgate UK), and Red Dawn (Koch Media), and clients include Artificial Eye, Anchor Bay, Soda Pictures, and BBC Worldwide among many others. For more information a selection of their work can be seen on their website at http://www.whatisbobo.com or contact creative director Robyn Larkin on 020 8758 8418

KLM Royal Dutch Airlines was founded in 1919 and merged with Air France in May 2004. Since then, they have formed a major player in the air transport industry. The two airlines operate the leading long-haul network on departure from Europe.

In 2012, Air France and KLM carried 77.4 million passengers to a network of over 200 destinations in more than 100 countries.

Air France-KLM’s Flying Blue frequent flyer programme is leader in Europe and has over 21 million members, of which more than 750,000 are from the UK.

Air France and KLM are members of the SkyTeam alliance which has 19 member airlines and offers customers access to a global network of over 15,500 daily flights to 1,000 destinations in 187 countries.

Our sister company, Native Nomad Pictures entered a film in the same competition in 2013. A quirky little tale of a girl having difficulty in either communicating, selling something OR both… in and around the Chinatown area of London.

Until this time, the film hasn’t been available publicly on the World Wide Web but NNP have decided to have it featured here first. You will then also be able to find it at Native Nomad Pictures / Jason Verney’s Vimeo channel, along with other films or featurettes.