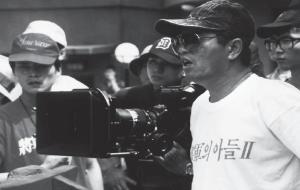 This year is all about the Number 10.

I’ll explain in a moment.

But first, lucky readers of Mini Mini’s Facebook page or followers of our Twitter account will have already noticed that ‘something’ was coming… coming from those guys at the Korean Cultural Centre, UK and their partners, or perhaps schizophrenic other side, that being the London Korean Film Festival.  In fact, anyone who saw our (group) Interview with Ms Ryu Seonghie would have noticed some particular wording on the banner image – yep, “*Information on the 2015 programme will be posted here soon.” [‘here’ being the Korean Cultural Centre, UK’s website, where the banner image was borrowed from]

That wording excited a few of us in the film review world.

The explanation, as promised…

Yes.  This is a seminal year for the London Korean Film Festival.  It’s the annual festival’s 10th year!

So, what on earth could the Korean Cultural Centre, UK (@KCCUK) do to celebrate this, whilst keeping with similar themes from previous years?

I’ll tell you.  Firstly, they can whet our appetite by screening FREE films in the lead up to the festival.

Not only this, they could use the ‘Number 10’ by connecting it into such a Season throughout the year of 2015.  And… Indeed… they are doing just that.  How do we know this though?  Well, certain information was posted on the KCCUK’s and LKFF’s Facebook page and indeed Twitter accounts – Links at foot of article.  Furthermore, the first film of the season is over on the KCCUK’s official website – along with access to booking the film.  I should add too that at the time of writing this, over one third of the seats are booked… so do be quick if you’re tempted to attend.  The full details of booking can be found further down this page.

However, it’s time for more on what these films are which are being screened, plus a tiny bit about how the season links in to the 10th London Korean Film Festival.

Well, the KCCUK, LKFF and all those hard-working associates are citing this season as ‘early works by 10 celebrated Korean directors’ and this set of works ‘links to the forthcoming 10th London Korean Film Festival’.

That is not all.  They confirm that the First Fest-related Featured Film-director of this Feast [my words, not theirs] is the king, maestro, legend that is Mr IM Kwon-taek!

“Haven’t we had a season, or a part of a season, of IM Kwon-taek’s films before?”, you ask.

We have.  We also had the pleasure of him visiting London – see the Interview [or IMterview? : )…] here: Interview with IM Kwon-taek – BUT, and if you’d care to kindly re-read some of the above information you’ll note that this year’s season features Features [deliberate double wording] by such directors and THEIR EARLY WORKS.

This is particularly exciting, not least because not all IM Kwon-taek’s films exist anymore – well, there have been over ONE HUNDRED of them! – but also the UK has never had the first of these films shown anywhere here previously.  A premiere, if you like.

Who knows what other gems and potential premieres we can also look forward to in 2015.

Will we also be fortunate enough to meet some or all of these ’10’ directors too this year?  Or indeed, will we be given the treat of some of them descending on the 10th London Korean Film Festival itself, later in the year?  Time will tell.

Right.  I think I’ve spoilt you enough.  On to further information on the aforementioned first screening, taken directly from the mouths, or pens of the Korean Cultural Centre: 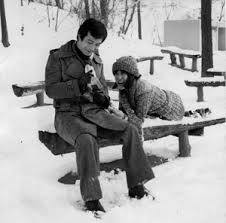 “This year we are showing early works by 10 celebrated Korean directors, which links to the forthcoming 10th London Korean Film Festival.

In January we are showing two works by Im Kwon Taek, starting with Im Kwon-taek’s 1976 work Wangsimni which has never been shown in the UK. The film stars Shin Seon-il , Kim Yeong-ae, Choi Bool-am and Baek Il-seop, important actors of the last forty years in Korean cinema and television. You can read more about the film [as well as BOOK a FREE PLACE!] here:

The screening will take place at the Korean Cultural Centre on Thursday the 15th January at 7pm. Admission is free, but booking is essential.” 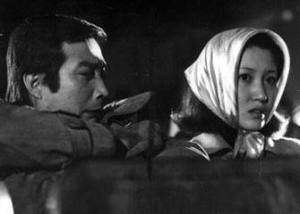