… A week and a half have past [or even more, if you happen to read this at a later date!] and dipping in and out of the London Korean Film Festival 2017, its 12th year, has been enjoyable, exhausting at times and essentially entertaining!

As I have mentioned in previous articles regarding the #LKFF2017 this year’s festival has had some interesting strands, even a few ‘brave’ film screenings or debuts.  I am saying that, even though I have missed most, much or all of LKFF2015 and LKFF2016, on the account of being in Korea itself, or Asia in general is perhaps more apt to say.

So, I am judging this year’s output from a different perspective to previous years perhaps.

I’m not going to discuss the various strands or the films, OR the film genres themselves which have featured this year, except to say that one particular up & coming actress has featured in 3 of this year’s films!  In fact, if you include the mostly-monthly LKFF Teaser Screenings which [obviously] preceded the festival you could even say 4… yes, 4 films… as she also featured in “Queen of Walking” earlier this year.

Who am I talking about? 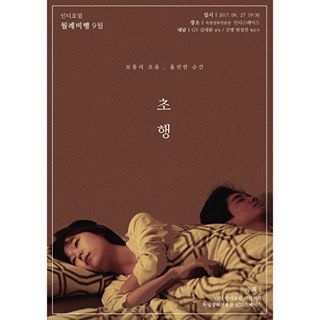 (or KIM Saebyuk, if you prefer to write it)

Indeed.  This fine actress has had the honour of featuring in that Teaser Screening earlier in the year (“Queen of Walking”), the Opening Film, Hong Sang-soo’s “The Day After”, Lee Wan-min’s “Jamsil” [similarly to the above, you may prefer the alternative of this format:  LEE Wanmin] AND the Closing Film, “The First Lap” – or at least, WILL BE, if you’re reading this article prior to the evening of 8th November, 2017.  Note:  Although the LKFF will finish on that date, it then tours the UK!  See here:  http://koreanfilm.co.uk/site/the-2017-festival/programme-lineup/touring-programme

Talking of honour, we have had the honour of having said Kim Saebyuk visit the UK, for the first time.  I know it’s been her first time on the soils of Great Britain as she told me so earlier this week at the drinks reception at the Regent Street Cinema, straight after the UK Premiere of aforementioned film, “Jamsil” – either that, or my memory is getting worse, and this from a man who’s currently not touching any alcohol!

That meeting of minds was not my first, as ‘I’ also had the honour of taking part in an interview with her and director of “Jamsil”, Lee Wanmin – That interview WILL be posted on MiniMiniMovie.com but for now why not go over to a partner-in-crime [he’s a co-founder, with myself and others of LAFS (London Asian Film Society)], Mr Quinn’s website HangulCelluloid.com, as he’s transcribed the interview already!

So, it was my second.  It was actually my THIRD time chatting to Wanmin though, at that drinks reception, as I briefly spoke to her in Busan, South Korea at the Busan International Film Festival (BIFF) 2016 – I even witnessed “Jamsil” twice whilst at said BIFF festival.

Right… keeping up with those numbers…?

Either way, back to quantities again briefly.  You see, that screening and indeed, kind of, ‘WHOLE DAY’ of “Jamsil” [what with the interview, the screening and the reception!] could have been the second instance of witnessing actress Kim Saebyuk, IF… only IF… she had been in London for that Opening Gala Night & Film Screening of “The Day After”.  Alas, she couldn’t make it for that.

So, the THIRD film featuring Kim Saebyuk in this year’s festival is the LAST of it, and is called “The FIRST Lap”  –  Was that sentence just an excuse to feature numbers, quantities again, for a THIRD time [?!] … Maybe! 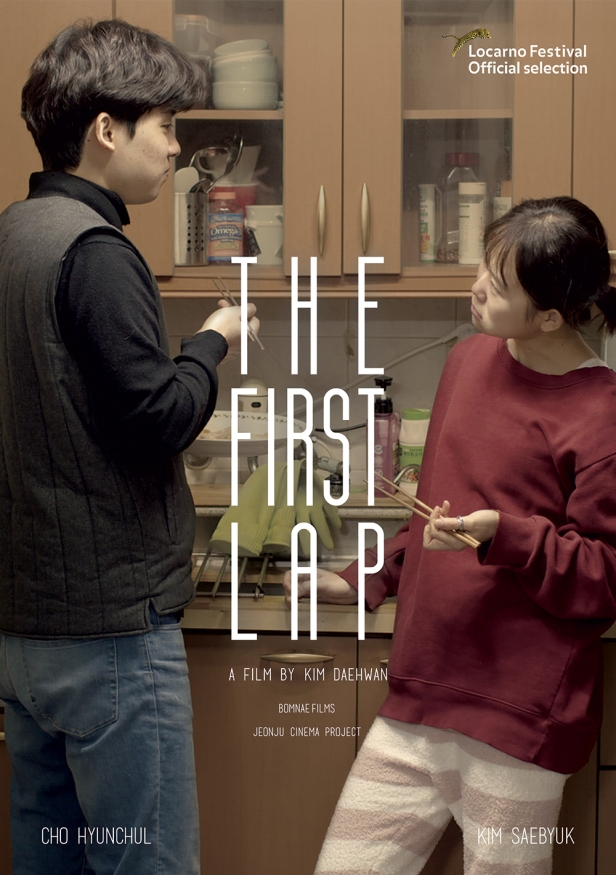 If you’re still reading up to this point, let’s go over that film “The First Lap” with just a little detail concerning it…

Firstly, it stars Kim Saebyuk… Oh did I mention that? hahaha

Secondly, it’s by the director KIM Dae-hwan, the man responsible for a film which is much loved by many, I believe and that is “End of Winter” (“철원기행”).

Next… Kim Dae-hwan will be at the screening and taking part in a Q & A.

It’s a lovely little film, I can tell you.  Sure, it’s not ‘blockbuster’ fare but as I’ve already mentioned something similar before, this year’s festival has mixed both commercial and independent movies mixed together pretty well.  It does, however fall nicely in line with the Opening Film, ” The Day After”.

However, I don’t say that to indicate it’s just like Hong Sangsoo flicks.  Neither am I comparing the two, nor the fact that both films contain just THREE words, and the word “The”… !

Here’s some information regarding the film, “THE FIRST LAP”:

And about the director’s first film:

The first is a short, but moving one – this is Korean only (no English subtitles in it).

The second is classed as a Trailer, although it’s essentially a scene from the film (and includes English subtitles).