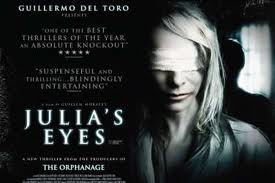 Thanks to a certain mobile phone network which was down pretty much all day (all of South East of England and London, I understand) I was a little furious that I had missed an invitation to attend a double bill of movies this Tuesday evening. I, of course had no idea of this, until the network was back up – and by then, I’d incidentally made plans to go to a lecture at my favourite Korean venue, the Korean Cultural Centre (KCC).

So, I didn’t rush my way over to Trafalgar Square area and instead – still a tad angry – arrived there at 17:48. I proceeded to wander and wonder…was I to hit Starbucks or head to the KCC? Well, I guess Starbucks had already made up my mind. I needed wi-fi and it was conveniently located to the KCC.

Well, I hesitated, thought about how close I was to Leicester Square and walked up there but sharpishly [not a real word, I guess but what constitutes a real word these days?]

On the way, I thought “well, even if I do miss my chance with these screenings I’ve still got plenty of time to wander ‘back’ down to The Strand and the KCC”.

17:57 – Arrived at The Prince Charles Cinema. It was sounding hopeful although they suggested that it best to come back at 18:20 for a final decision. Time for a non-Starbucks coffee from my old favourite, Caffe Nero….

So beginneth a double bill of similar but very differently executed movies.  One Of Quantity and One Of Quantity I would say now, looking back …At this point you may guess which one would fall into which category.

After a short introduction to a vital character we are introduced to Julia and her husband. But what’s this? Julia seems young enough looking to be this guy’s daughter, not wife! Anyway…

Julia – or should I say ‘ulia, to give it an authentic pronunciation – has developed an almost unique defect with her eyes. And, due to certain interventions her vision comes and goes. Yes, it’s that kind of film – making it predictable in places and more predictable in others.

But, to give it it’s due I was generally rivetted and gripped at times, essentially in the latter half. It’s hard though to take a movie really seriously when we are displayed a film which uses the ‘magician’ technique. What? You’ve never heard of that…ok, that’s because I made it up.

By this I mean, the sort of film and situations where something has ‘allegedly’ (from the central character and therefore protagonist’s point of view) occurred inside her house but when figures of some authority, let’s say police, survey the situation they summise that there’s been no sign of break in or destruction indoors. Whaaat? Are they blind? (no pun intended). You see, by having this in a movie you may as well have someone do something only to say afterwards “What? I’m a magician. Nothing happened here, guv…honest”.

Also, by having a character with a vulnerability, say err the greatness or weakness of the eyesight, you can have anything thrown at the character & dependent on her strength she will sometimes win or sometimes fail. Often it will be fail upon fail until the third act.

A great example here would be where the main character has been told not to exert or push things to hard. But she’s vulnerable, sir… Exactly.

I also smiled to myself when someone who has pretty much witnessed a couple or so deaths, namely suicides in her life, was prescribed sleeping pills [genuinely for assisting with the sleep] – I was internally shouting “ARE YOU CRAZY? DON’T GIVE HER THOSE!!”

Don’t get me wrong, its not all negativity or doom & gloom…No, we have some stunningly dark, dismal shots – by which I mean beautifully filmed – of the city, it’s buildings and the sky.

I had moments of much praise but also ones of despair…so much so that I was actually preferring Hong Kong’s recent offering, “Child’s Eye”  – Link to follow here shortly:

With Child’s Eye indeed it was easy, filled with dodgy (& ‘doggy’) effects and, at the same time had little originality about. OK, so does Julia’s Eyes but it does seem to retrace the same steps, especially when our hero is trapped over and over again. It felt formulaic often. This was a shame because I had indeed liked it in it’s start.

but there was much gasping-come-moaning-and-oo-ing from this audience.  Justifiably so.

As they say on TV, “that’s almost it from me” but just a couple of thoughts regarding the film and it’s venue. I could leave them in my head, but what good would that do?  So…

A character is later introduced called Lia and I thought it appropriate as she seemed a little untrusting [Lia or Liar!]…& LIA is also the latter part of the name JULIA.

I didn’t mention in my recent, and yet-to-be-published reviews of films at the Terracotta Far East Fil Festival, but the seats here at The Prince Charles Cinema are not only laid out bizarrely they also squeak quite a lot. I don’t mean that they need oiling underneath but more that they are made of a leathery material, perhaps even…oh what’s that stuff called?…errr…Leather!  Anyway, this combined with doors a-noising & people a-toilet-tripping [not to mention the occasional popcorn sound – resist, MiniMini resist!] gave an even more eery feeling than perhaps somewhere else. I even thought something touched me at one point – but no, my luck was not in.

Well, I could go on all night, a bit like this movie double-bill almost felt like but I’ll leave you with this. [Forthcoming pun/s excused, hopefully…but…] As ‘blindly’ as I went in to see this movie (and The Orphanage) it is, in my opinion not a ‘must see’.

In Summary?  Silly, un-Subtle but Stylish.

There was a moment in this film, near the end where an emotionally – and ultimately physically – scarred individual screams “Dont look at me! … Don’t look at me!!” and I couldn’t help but think back to The Simpsons and in particular the episode “Fear Of Flying”. Do you know what I mean? Hmmm… Hilarious…

Although, what I’m keen to know is whether that ‘Simpsons’ moment is in reference to a film line itself…? Can anyone shine some light?  Thanks either way.

Marge: I was a little girl…

Daddy: Goodbye, Margie. Be a good girl, now. [gets on plane]

Marge: Why does Daddy have to leave?

Mommy: Because he’s a pilot. He flies all over the world.

Mommy: Margie! No, come back!

[Marge gets inside, looks around]

Marge: Daddy? Daddy, where are —

Daddy: [a steward] So, who wants pre-flight cookie? Fig Newtons?

— The shameful truth comes out, “Fear of Flying”

With thanks to The Simpsons Archive for the latter.