I’ll keep this short [errr, maybe not… well, you know me!] but I just to say that you (probably) heard this here first*…

*Well, whether you did or not I, or Mr MMM if you like, 100% heard it first hand regarding the venue aspect of the below and the concerning artist.

Right. If, using my own words I described a musician, band or sound as “A dreamy, electronic mixture of lush vocals and modern indie from South Korea” who would spring to mind? That’s right… NEON BUNNY!

(OK, you had some help there… the title of this article gave it away!)

But… On with the show, and what a SHOW it will be in London on 3rd June 2016. It could be a performance as short as half an hour but I know NEON BUNNY’s fans will be very happy.

However and perhaps firstly, you’re probably thinking ‘why is there another post concerning music on this so-called website dedicated to movies?’. Well, apart from the that it’s owned by MMM (Me, Me, Me! or Mini Mini Movie?) and almost entirely written by yours truly and that alone entitles me to write, ramble or rattle on about whatever I like… apart from that?!

I know, I know, there have been posts – 2 of which spring to mind – concerning music, but even those have a little ‘mini mini movie’ connection. And this one is no exception.

Incidentally, those two articles are:

So, what is it about this little NEON BUNNY and a connection to film? Again, I’ll gladly explain.

1). If you’re an avid Korean film or TV watcher, you may know already that NEON BUNNY’s music has been used in and/or can be found on albums relating to one or two visual feasts… either on the small screen or maybe too on the big. Well, I can name TV series, “My Secret Hotel” as one (and the music is available on iTunes, as are other singles and albums/EPs of NEON BUNNY’s).

2). Many moons ago, when I started my ever-expanding [although I must stop the expanding soon] ‘KOREAN @_dOKumENtARy’ (http://www.Facebook.com/SouthKoreaDocumentary) I was introduced, albeit not in person, to NEON BUNNY and her lush sounds & incredible debut album “Seoulight”.

3). NEON BUNNY’s music videos, and therefore mini films in themselves match the talent of her music making. The visuals are superb and thus this ‘filmmaking’ complements her music vision. Maybe I should also add that much of the credit, especially for the end result/s is due to a certain Mr Ian Gallager. I know many other behind the scenes peeps are also to be thanked, and another of these is Mr Ziyong Kim – it seems that it was his talent responsible for NEON BUNNY’s most recent, trippy and grandiose music video, “Forest Of Skyscrapers”. Take a look:

Anyway, from film ‘editing’ to ‘cutting’ to the chase… NEON BUNNY (aka Yoojin Lim) announced many weeks ago details of a mini European tour and in that announcement she highlighted that London would be the tour’s final date, and that this would be on 3rd June 2016.

Yes, almost fresh from her recent performance at the famous SXSW festival in Austin, Texas (U.S.), this cool cat – or rather, bunny – who’s much more Korean indie than K-Pop is going to hop on over to our little nation, a land where a few of her favourite musicians are from.  I should mention here that NEON BUNNY, or Yoojin, has also been known – albeit quite a while ago now – as the sessions keyboardist with Korean band The Black Skirts. However, she’s certainly done a lot since then, what with an album, E.P. and a new album to come… and not to mention the tracks by DJs or other artists on which she’s featured.

The only thing was, we were yet to hear of this London date’s venue… This is not uncommon though, it happens to bands when they plan their touring schedule – there’s a lot to take into consideration and timing, promoting & rehearsing all have to come together in a kind of immaculate well-timed mix.

So, there I was, along with many other British fans (or simply fans who live in the UK) waiting with baited breath as to where this little London gig would be. 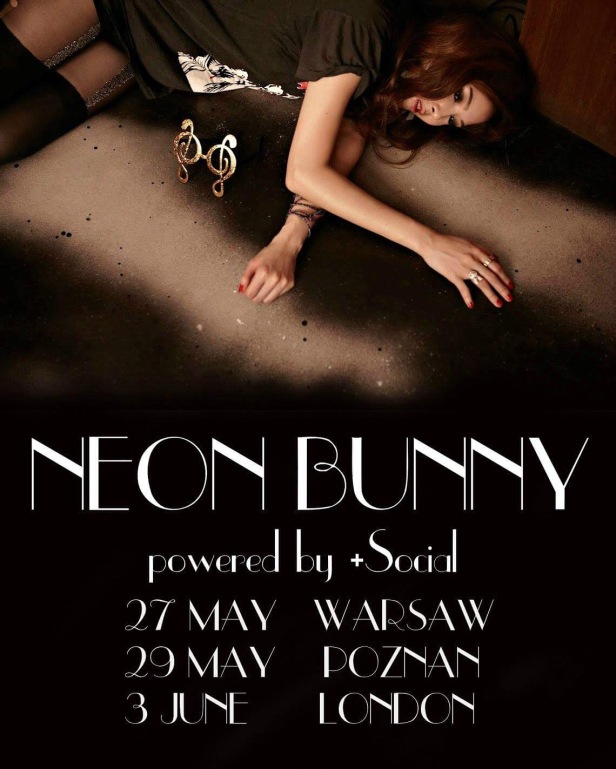 Not only this, as time moved on, I (with all my MiniMiniMovie.com, NativeNomadPictures.com and @_dOKumENtARy heads on), I had the confirmation that I’d secured an interview with Ms Lim. This was incredibly delightful news, not least as I’d been waiting for years and indeed attempted previously to get the interview, albeit the channel I used may have been the wrong one.

All this news was just the tip of the iceberg for moi, as they say. More honor was to follow.

Indeed, not only was I given the honour to interview NEON BUNNY, another honour and task was soon to come my way. What could this be? Perhaps another string to my Korean bow?

Well… Sure, over the past 4 or 5 years my Korean ‘skills’, filmmaking knowhow and love of writing had been put to the test and led me to many a thing I’d never considered previously.

I’ve assisted Korean friends (well-known or ‘joe public’) with their writings, whether this be helping and rewording their thesis, or a CV (or resume, for any Americans reading), being script advisor on a little documentary movie, filming interviews for people and even editing films with genres I’d never really considered.

All the latter is without the immersing of myself in the Korean indie music scene, which I’ve also done… meeting musicians, promoters, festival arrangers and even going out on the town with such people. Researching, I call it.

I’ve even got people (well, one person) a ‘GIG’ translating at a KIM Ki-duk film premiere and Q & A.

And now, a strange twist of fate found me involved in a real ‘GIG’! How, you ask?

The ins and outs are not important right here, right now but let’s just say that I’m proud to say that NEON BUNNY is no longer venue-less on the 3rd June.

Yep. Catch NEON BUNNY for her first ever UK performance, which is at The Good Ship (Kilburn), London on 3rd June 2016.

Securing NEON BUNNY such a gig was no easy task, for several reasons but after scouting around, using my contacts, knowledge of venues and the indie scene over here in London, I came up with the goods.

I have it on [very] good authority that the musician herself will ‘announce’ the venue, and perhaps even create her own Facebook event for the gig in due course.

Either way, you may now book tickets to see NEON BUNNY, in which she’ll feature alongside an eclectic group of indie bands.

And here’s The Good Ship’s 3rd June event on Facebook, so please feel free to invite away!

Plus, a direct link to the booking page and a little detail – just click on the picture: 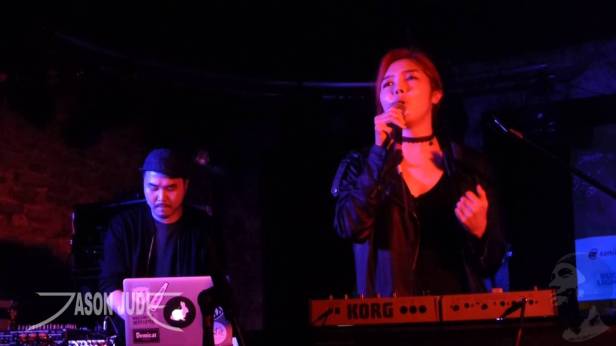 Now… I’ve talked enough about the talented NEON BUNNY, and indeed the questionably talented Mr Verney aka @MiniMiniMovies / aka @NativeNomadPictures / aka @_dOKumENtARy [oh Buddha, I continue to promote and it seems not just musicians but myself, right until the end!] and so I’ll leave you with of Mr Gallagher’s examples and… well… a selection of videos from Ms Lim, aka NEON BUNNY.

(Her music can be found elsewhere, including on iTunes)

Was this self-accomplished venue booking, for a musician I highly rated, an extraordinary twist of fate or was it meant to be?

Well, you know… I’m not sure… but with an artist with a second name of Bunny she certainly found a match made in heaven with a guy also known as ‘Bunny’…! (‘버니’)

[You see, one translation of my surname, Verney, is ‘Berney’/’Bunny’ and so “버니” –  Can you see it in the bottom left hand corner of this part of my business card?]

One thought on “‘June will be Sunny, with Neon Bunny’ – London (3rd June) Venue announced”