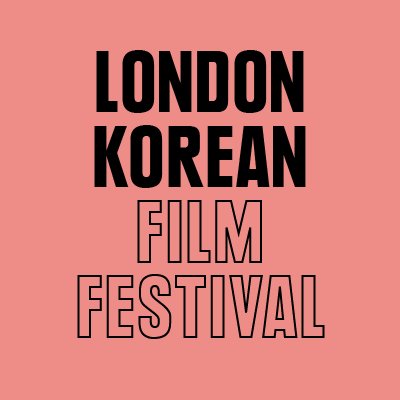 Obviously you recall the year… although it does seem like it was AGES ago… to me, at least.

However, I’m referring to the 2017 London Korean Film Festival ‘AND’ the build up TOOOOOO that LKFF.

Some would say that the build up was even more exciting than the festival itself… but I say ‘some’… and perhaps simply A FEW.  Sure, they probably had their reasons but 2017 was a pretty big experiment for the LKFF and the peeps behind it, namely the KCCUK [Korean Cultural Centre, UK] not least due to changes within the centre itself but also this LKFF Teaser ‘strand’.  Let’s not forget also that they put a lot of time & effort into their themed film season/s throughout the year, in which they screen several films for FREE at the KCCUK, and often in other venues too.  More on these subjects can be found here [i.e. in other website articles here at MMM but also our recently launched PODCASTS]…:

The teaser screenings, some would say, were such forces to be reckoned with that the LKFF 2017 itself had a lot to compete with, by the time it was upon us. Perhaps the KCCUK / LKFF guys could have included the same films which were promoted in the ‘teasing build-up’ (?), not least for any who may have missed it but also for those who may have wanted to re-visit those biggies…

On that note, in a short period of time the interest for one particular podcast of Jason Verney’s (head of MiniMiniMovie.com) about a particular film in the year’s Teaser Screenings – that film being “A TAXI DRIVER (택시 운전사)” – grew quite a lot of attention.  That podcast not only talks about the film itself but also Jason’s experiences of being in the fine city of Gwangju on more than one occasion.

The article and podcast link can be found here:

Yep, maybe such a film could have been ‘invited back’ and played in the LKFF 2017 itself, but it simply didn’t.

Anyhow, out with the old and in with the NEW.

And you can’t get any more NEW than a FILM PREMIERE – and even a EUROPEAN PREMIERE [Which, essentially is also a UK PREMIERE too… think about it…] – which is what we are going to touch on now.

Well, this first LKFF 2018 Teaser Screening is… yep… also a EUROPEAN PREMIERE… a film called “BE WITH YOU”.  Please READ ON… but up to YOU!

And… it concerns another Premiere…

However, certainly not the Premiere of a certain starring actress – SON YE-JIN.  In fact, this film will REEEEEAAAALLY please one of the co-founders of the http://www.Facebook.com/LondonAsianFilmSociety [of which MiniMinMovie is / are / has been for several years (!)…] but I can’t say which entity or person that is!

We will reveal though, and maybe to rub it in a little, that Jason Verney had the pleasure of witnessing SON YE-JIN at 2 places in Busan, at BIFF (Busan International Film Festival) not that long ago, towards the end of 2016.  Perhaps you’ll see some of that footage soon on YouTube or indeed in one Jason’s Korean related documentaries or art videos.

BUT… enough with the rambling from MMM [TMI], here’s the blurb and general info from the LKFF / KCCUK guys:

The London Korean Film Festival Teaser Screening series returns with the European Premiere of fantasy drama “Be With You”, based on Japanese author Takuji Ichikawa’s bestselling novel of the same name.

Lee Chang-hoon’s directorial debut takes us on a heart-wrenching journey deep into ‘sunaebo’, the type of pure and eternal love lying at the core of countless Korean and Japanese melodramas of the kind; yet is perhaps a concept less familiar to the Western eye.

While Woo-jin (So Ji-sub, Rough Cut) mourns the passing of his beloved wife Soo-a (Son Ye-jin,The Truth Beneath), their young son, seven-year-old Ji-ho, holds unfailingly onto his mother’s vow to return when the next rainy season breaks. Ji-ho’s unflinching faith in his mother’s words prove not in vain; miraculously a year later the three are reunited on that promised first day of the rainy season.

The woman who appears once again before Woo-jin and Ji-ho looks no different to the one lost to them just a year before. Yet Soo-a has no memory, not of the husband, nor the son whom she once treasured so dearly. Despite all this, Soo-a willingly returns with her family to the home, which though she cannot remember, feels oddly familiar. For Woo-jin, though now practically a stranger to his wife, having his childhood sweetheart back by his side is in itself an inarticulable joy. He recounts to Soo-a the stories spanning back to their high school days of how, many years later, they would finally come to be together. Such an esoteric devotion brings with it equal measures of pleasure and pain for Lee’s protagonists; would the young lovers still have trodden the same path if they had known what laid ahead…?”

Extending the work of and then building up to the annual London Korean Film Festival in the autumn, the teaser screenings showcase a diverse range of contemporary Korean cinema across the year.

The screenings are scheduled to take place monthly at either Regent Street Cinema or Picturehouse Central in London, as well as the Arts Picturehouse Cambridge.