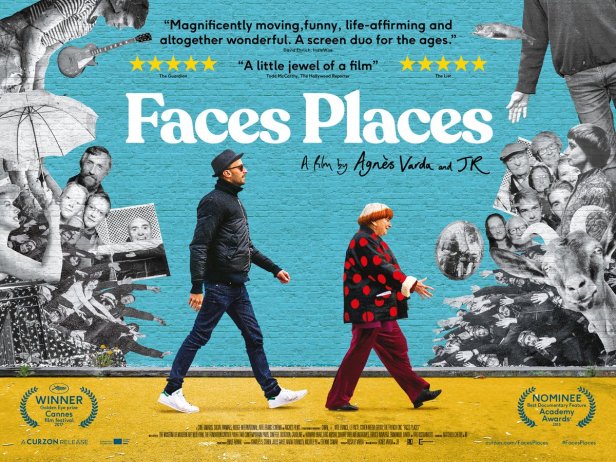 Is it any wonder…

… that Agnès Varda could almost be an ANAGRAM of “avant–garde”?

Did she put the AGNÈS VARDA in AVANt-GARDE or is the AVANT-GARDE simply within AGNÈs VARDA…?!

Or is that only from this cineaste’s point of view only?  That could be the real answer.

However, on with the show.

The show I mention is one of a podcast format [available via ‘our’, or more specifically the JASON VERNEY on YouTube channel – or if you prefer, iTunes (Jason Verney’s “F. L. I. C. K. S” show), Spotify (Jason Verney / MMM) and even Spreaker], which was recorded soon after a recent screening of “FACES, PLACES” at the beautiful ARTHOUSE cinema in Crouch End, London.

Here is the episode, on YouTube featuring my thoughts on “FACES, PLACES”, the Arthouse cinema and MUBI GO / MUBI…:

I’ll simply leave you to admire the French poster and French title for this mostly French film – I think the French title works best, whether as a serious one or play on words one… and of course, works best if you’re French!