A delayed start to the day, but that’s no first for me.

I arrived at my destination and ultimately on the film set at 13:30.  Yes, I was on the set of a very mini, mini movie… One named “Is There Anybody Out There?”, by a guy who goes by the Norweigan name of Erlend Palm.  Erlend wrote and directed this short film. 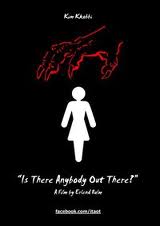 [The plot outline is this:  A young woman is trapped in a filthy toilet cubicle, harassed from the outside by an unknown attacker.  Join in the fun:  http://www.facebook.com/itaot  Do indeed “Like” it, if you Like it.]

I was greeted by one of the Terracotta Distribution guys and Kkobbi’s personal assistant, Jaeho (who also was filming a many a move by Kkobbi… for her side-project) & I was also introduced to a much abused toilet cubicle.  Not one for real, but on set… It had all the marks (literally) of a bad ‘pub toilet’ but thankfully the excretement was actually a concoction of Marmite, washing up liquid and much more, I’m sure.

Kkobbi had her best acting head on & upon the relevant “Cut!” she came over to greet me.  I was also introduced to Jaeho again.

I already knew that a chance of an interview without interruptions was slim and it now seemed even less likely that much, or any such chatting would be seen.

We proceeded to take seats on a nearby sofa.  Kkobbi showed me the script and I showed her some of my questions for… well, for whenever… It was already almost certainly decided that no such questions would be asked, not in a structured interview format anyhow.

In between being introduced to Erlend and other members of the crew, Kkobbi was due back on the set [this was to continue throughout the afternoon, and probably for Kkobbi also through the evening & into the night] & being her always-professional self.

There followed an unintentional comic moment.  What?  Well, something was wrong with Kkobbi’s positioning in front of the camera.  Was she too far away?  Too close?  No, too short – she’d forgotten to swap back from her flats into her stage-heels.  My fault, for distracting her?  I don’t mind think so.  And anyway, it was all taken lightheartedly, by Kkobbi & the crew.

At the times we were indeed seated together we discussed the National Gallery & other random smaller galleries Kkobbi had visited whilst on her stay in the UK.  Kkobbi told of how she preferred to always look at a painting or artwork first, before reading the title or information displayed next to it.  The latter subject arose from myself speaking of how knowing little about a film before seeing one works best, for me.

Venturing outside – not the literal walk in the park just yet, but – Kkobbi spoke of her aspirations to make films, including shorts and ones from her own ideas.  She’s of the agreement that one doesn’t need to “want to be a director someday” but more so that the written inventions she has are made in the way they’re meant to be.  To explain, why have an idea that is just a 15-minute short film and try to make it into a feature, just because you can?  Ideas are often best in the way they come to you, in their creative form – direct from ones mind.

Of course, we spoke briefly about Korean food and… Marmite.  Why Marmite?  Two reasons essentially.  One… Any non-English person should be made aware if it – it’s almost a British institution & not necessarily for the recommendation of tasting it but the brand’s well-campaigned ‘love or hate’ it reputation.  And Two… It was used as a part of a liquid in this short film, as mentioned above.

We touched on family a little, mainly about the fact that her brother lives in Paris and this being one reason why she’s seen a piece or two of Europe.  Of course, Europe includes the UK but we English speak of it often as a separate continent almost.

Speaking of Europe, amongst places visited by Kkobbi is Berlin.  This would be no surprise to die-hard Kkobbi Kim fans – the Berlin Film Festival is where Ashamed was promoted & nominated, as Kkobbi casually confirmed to me.

Kkobbi explained how her plans have changed so much since being here on this her current – and doubtfully her first – visit. [The answer to this assumption is revealed in my interview…to come].

I got the impression Kkobbi is immersing herself in both England and indeed the English language. Kkobbi’s English is good but she talked of how she wants to learn it properly, or as fully as a Korean person can.  Kkobbi  learned the basics when in school and college, of course.

We [Myself, Kkobbi & Jaeho] roamed the grounds of this university and park area, in search of a coffee or our desired drink. A quiet area was found where Kkobbi finally got to rest… This time on a comfortable sofa, and not one which felt part of a film set.  You could tell that this rest was a much needed one.

Whilst there, we three amigos spoke of the media, enews & newspapers, technology, expensive cameras in the hands of youngsters & even touched on Starbucks – Well, how could I be ‘me’ without referencing a coffee outlet?!

It was soon time to head back to the set.  More filming, sharing food with the crew and then I felt it good timing to leave these professionals to it.

What an enjoyable 4 hours it had been.  Indeed no structured interview had been possible but I gained perhaps more of a great deal of knowledge about this Kid from Korea than I’d ever hoped.

All in all, this day – complete with an intrigue of squirrels, especially on Kurios Kkobbi’s part – ended with me feeling less of just an admirer of her work but also that of a friend, albeit a new-found one.

The End (of a beautiful meeting)

The Start (of a lovely friendship)

The finished product (courtesy of the official Facebook page, and the film-makers themselves)…: 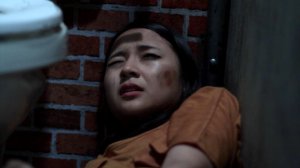 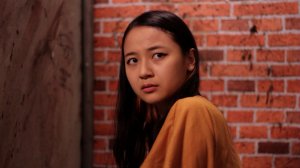 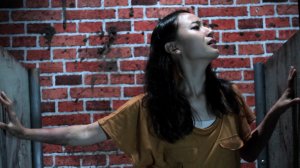 My interview with KIM Kkobbi can be found here:

A related article – basically, a review of the film “BREATHLESS (똥파리 / DDONGPARI)” – can be found via this link:

3 thoughts on ““Is There Anybody Out There?” – Yes… A Happy SOUL from SEOUL (Kim Kkobbi).”