Introduced / Compered / Hosted by Jon Snow & followed by a Q & A (including the Directors’).

A day of 3 Premieres [Control Tower / Underwater Love – A Pink Musical / When China Met Africa] where I was close to tears in each, but for 3 different reasons. Tears of love – both young & unrequited; Tears of joy – for the fun & music; Tears of compassion – for our fellow man, in other nations.

Whether we believe that any bond between the Chinese and Zambian people will last, or if indeed it is for real there is no denying that much love is felt between continents & countries on display here. 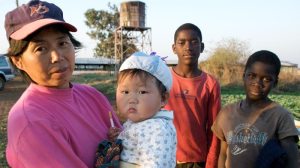 Add to this the fact that it’s a situation dealt with better than any Western country would handle it, and you have a heartfelt portrayal on show.

It’s not without it’s anger, mistrust and vague suspicions of deceit.  No, nobody can rule out these.

What this picture does demonstrate is two nations and their individuals’ goals.  This is shown with humour, a little suspense and grand imagery. 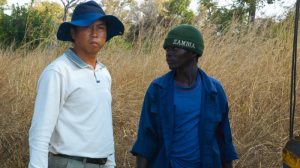 In summary… It’s the true tale about the Chinese offering help in Zambia (and elsewhere I’m sure) in exchange for such things as copper.  By showing a family living there also – having moved over from China a few years ago – it adds to the film’s charm and gives us a sense that we’re there also, in the thick of it. Leaders from both nations meet and seemingly talk amicably. The truth is… as they say… Out There.

What better debate-master than Jon Snow. He sure knows how to interrogate whilst being diplomatic at the right time.

The Questions and Answers were also Tweeted live throughout this segment. 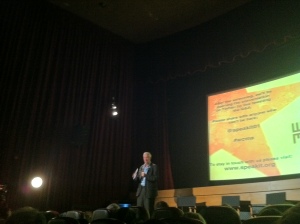 What a documentary, and evening.  Not the best I’ve seen but very good.

3 thoughts on “When China Met Africa”