“Empty Day and Four Films in One Day“ 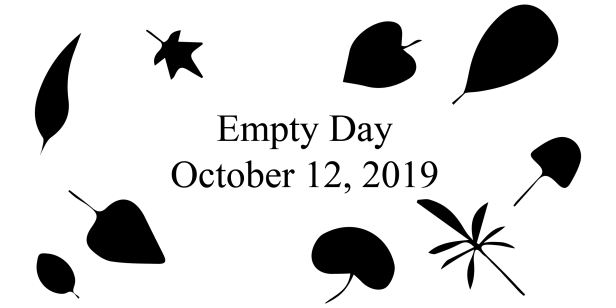 Perhaps it does… or has done… once upon a time, but less so in this present DAY.

It is true that I’ve visited South Korea on 7 occasions – the recent being only earlier this year [2019] – and covered Korean related events in the UK as well as visited one or two Korea related establishments in a few countries, but although there is a heavy leaning towards that country known as Corea [once upon a time] it is NOT “MY LIFE”…

Sure. Even one DAY recently I started filming the primary scenes for a short film I’ve written involving Korean characters… More news shortly!

And… Each DAY I wake up in KOREAtown, in UK, having recently moved there. SO… each DAY I walk past loads of Korean restaurants and indeed individuals – well, the UK’s Korea Town (aka New Malden) is also home to the largest community of Koreans [South, and North] in Europe.

I, like many others, LOVE cinema – but not all… Not even ALL Korean cinema. Well, come on… how could I or anyone love everything by a certain nation and every kind of filmic storytelling?

Real cinema though, irrespective of nation, is my passion even if I don’t reflect that fact on here that well – although, anyone who has read the below article* [or listened to the podcast of mine within it] or even subscribed to the #Mubi / #MubiGO platform in question will surely know what is or can be classed as REAL cinema, especially in this DAY and age. (*The aforementioned article: https://miniminimovie.com/2018/09/08/mubi-go-goes-live-mubi-adds-free-weekly-cinema-tickets/ – the standalone Podcast is attached below also…)

In fact, never before has the world needed to amplify what REAL cinema is than ‘toDAY‘… We all know that Hollywood and elsewhere churns out a load of rubbish, not least the recycled or unoriginal type, and that’s why real creativity and originality needs to be reiterated… before we all get disillusioned!

Myself being a creative, writer, videographer and filmmaker – often an angst-driven one, what with years of ideas, treatments and indeed scripts yet to see the light of DAY – only heightens my somewhat internal rage concerning the lack of GOOD and QUALITY film and films.

I also, like way too many of us, USE social media every DAY… and confess I must (!), it’s not always to simply say what is going on at @MiniMiniMovies Mansion or @NativeNomadPics Palace OR indeed our @LondonAsianFS Apartments… No, no… I Veer into what’s going on at Verney ‘Villas’ [and then there’s my YouTube channel] – yep, too much posted on Instagram about myself and, though, regarding all of the above. In short, simply too many posts about certain DAY to DAY, or DAY on DAY activities!

The Podcast which follows will explain more, but as a result of a little video clip – from, actually, another (and much more popular) Podcast – which I’ll firstly post here, as it’s integral to what this article is mainly concerning. Yes, the event/s which occurred only the other DAY [well… 12th October, 2019].

And don’t get put off if it’s the face of Mr Russell Brand showing as the YouTube thumbnail below – as I’m aware he’s the ‘Love or Loathe’ guy for some people – because the real man in question and on SCREEN is… Mr DAMIAN BRADFIELD (yes, he who is behind WeTransfer, the book “The Trust Manifesto: What You Need to Do to Create a Better Internet” and more!)

So… there, or then, came the aforementioned “EMPTY DAY” and I was determined to give it a go!

In fact, to prove, and perhaps subconsciously – either to ME on that DAY, or to YOU on this DAY – that cinema is quite or very high on my list of loves, and to prove that I could give up SNS or Social Media for a DAY I chose to ‘unplug’…

“How was I going to stay off Social Media?” was the question, but also “Is my life that bad that I MUST look at Social Media as much as I do?” and maybe a little of “I wonder what the DAY will bring if indeed I do shy away from Social Media…”

How?  Well, perhaps it was cheating a little but it did lead to so much more!

I chose CINEMA over SOCIAL MEDIA.  Yes, one of the few venues or things-to-do where it’s ‘sacred’ to even get out your phone, not least use or think about Social Media.

This would mean though, spending a DAY in the cinema!

So… let’s fast-‘4ward’ to the Podcast / video itself:  In which I discuss 4 subjects and 4 films seen on Empty DAY.

The blurb accompanying the Podcast and YouTube video itself:

“In this episode I discuss 4 subjects [and 4 movies] and those being the London Korean Film Festival, “Empty Day”, the PeckhamPlex cinema & swiftly run through movies seen on this DAY of Saturday 12th October – the 4 films talked about & indeed witnessed are: