We are at a monumental time in history – that’s presuming there is a [BRIGHT] future ahead of this present day – and both 2020 and 2021 have been monumental in negative ways, but surely things can really only get better.

Perhaps though, more Mini Mini Monumental than plain ol’ “monumental” is the fact that MMM has something big to celebrate. It is indeed a proud moment in time for this writer currently residing at Mini Mini Mansions.

It may be a little known fact that the written reviews concerning film (and later film related interviews & even podcasts, plus films!) actually began before MiniMiniMovie.com was in existence.

Yes. To name at least one other place where the writings of MMM started to take root, we only have to look here: https://jumjim16.blogspot.com – However, as many articles there may be there, in the last 10 years or so such postings have grown IMMENSELY, but over here on MMM itself.

It’s worth mentioning that readers of articles here on MiniMiniMovie.com do not have anything to worry about, at least with regard to missing any OLD posts.  You see, any film related articles from over at that perhaps ominously named URL have since been transferred to MMM.  Fear not.  In fact, there was a time when articles written on this site were ‘copy and pasted’ to that one.

So… As the title of this article suggests, MMM (or @MiniMiniMovies if using Twitter) is now CELEBRATING A DECADE since its launch!

With this milestone in mind, proprietor, editor and writer Jason Verney (aka NativeNomadPictures.com / http://www.vimeo.com/channels/jasonverney / http://www.YouTube.com/JasonVerney) would like to celebrate with all readers by posting at least one article every month of 2021 to show what this site has been up to, repost some earlier personal highlights and favourite interviews and/or events covered.

For this “introduction” article, let’s focus on where this website has been and where it has taken us… and I refer to “us” to include YOU but also the website Mini Mini Movie as a collective entity.

Essentially, and in this Part 1 article, we’ll focus on two elements.

The “Mini” or in fact, “Mini Mini” was originally meant to signify the fact that articles / reviews on this site would be exactly that, MINI… or short-ish.

It wasn’t too long after this though that the reviews became pretty lengthy – not all, but mini… errr, I mean, “many”!

The interviews, with big and small name directors (from Korea, Japan and elsewhere) and which were probably an afterthought following this site’s conception, can not be called short either.

The other way of seeing the “Mini Mini” aspect reflected in this website, and perhaps the preferred [especially by yours truly] is that MMM often chooses the littler, or lesser-known, or of course, “mini” films – Whether these be smaller films in general or big ones in certain countries but not so well-known in the UK. 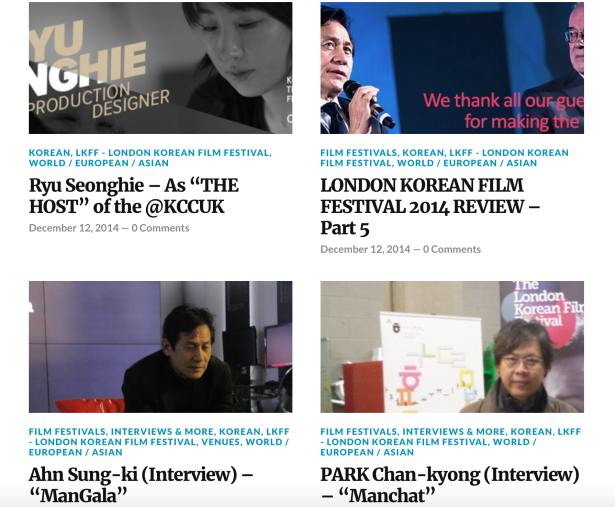 Speaking of the UK, let’s move on to the next topic…Nomadic:

This writer, artist and filmmaker may often, or usually – and definitely over the last year or so, due to a certain C-word or two – reside in the little territory known as not-so-Great Britain, it’s the overseas trips which also come into play here on this side, or for the schizophrenic side of MMM, that being the aforementioned Native Nomad Pictures [NNP].

Or from video art being made upon having been commissioned by the Kingston Museum [UK], to being sent off to Jeju Island to film a week of events there.

OR… From giving talks/speeches in Korea and collaborating on NNP’s fiction & documentary film projects, to co-founding the London Asian Film Society.

So, you see, there’s quite a lot going on here, be it what you see at ‘face value’ or rather ‘front page’ of MMM or the many projects which are often, in some way interconnected to MMM.  In fact, many of the interviews, filmmaking projects and friends made stem from a DECADE AGO, when this website was formed.

This, is why it’s hard to pinpoint or choose a home-land…

On that note, it’s surely home-time… even if many of us are there, at home, already.

The next article – that being ‘Part 2’ – will touch on one or two other aspects or achievements from the last 10 years, as well as cover or choose a stand-out article / review / interview from the decade. 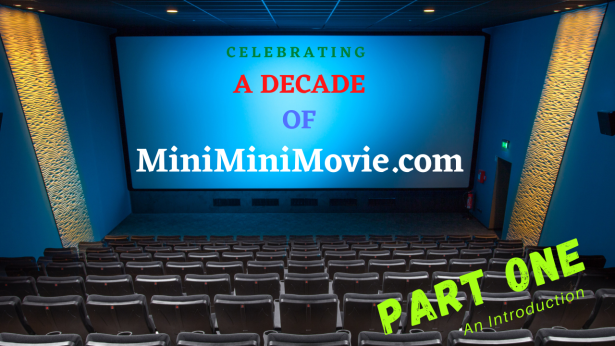